A balancing robot built from the cheapest components possible. 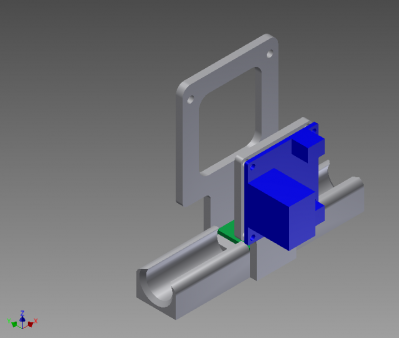 The STM32 is closing a big nasty loop at 20ms via a timer interrupt. It could run faster I am sure. The code could be optimized by using DMA for the I2C reads and by prioritizing control code, but given the sloppy geared motors and cheap motor driver this may not provide much gain.

The big nasty loop mentioned earlier runs every 20ms and does the following:

Future work may involve adding RC input by low passing a RC PWM and feeding it into an analog. For a development environment I used the STM32Cube HAL libraries and the openstm32 modified Eclipse IDE on Linux.

Version 1: Raspberry Pi 2 Model B Based

My initial attempt with the PI involved using RPi.GPIO. I tried commanding a constant motor speed and monitoring encoder position, I noticed periods that lasted several seconds where I would get no new encoder interrupts. This was unacceptable since such delays would lead to position drift and poor control.

I assumed that the no encoder updates may be related to Python not being fast enough or not getting serviced fast enough by the OS. So next I tried the PIGPIO library and performed a similar test. Unfortunately even with the C version of the encoder position monitoring program, I saw similar poor performance.

Ultimately, I decided to swap out the PI for a STM32 processor. I did this for several reasons including: 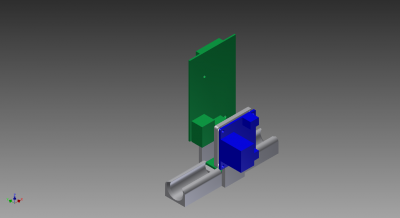 The three 3D printed components stick together with a little bit of hot glue. The motors are a press fit but I added a little hot for good measure.